I searched “Halloween Playlist” and came up with the same sort of boring lists over and over again. I also noticed that a lot of the music doesn’t go together and isn’t really *party* music. So I set out to create a playlist that I actually want to listen to and just so happens to have a creepy/spooky/disturbing/devilish/Halloween theme to it. Today I’m sharing my playlist with you!  Really, I’m sharing a long list of music including ones that didn’t make the cut for me so that you can pick and choose which songs to put on your own playlist. I thought it might help to explain a few of the songs so I did that too. Some songs make the cut for their meaning and lyrics, some for the somber mood they evoke, some for both! Some just have keywords in them like “wicked” and “devil”. Do you know how many songs have the word “DEVIL” in them?! I could have called this “Devil’s Playlist” but that was bit much for me. There’s definitely enough material to go in that direction if you want to be super dark and creepy for Halloween.

If you just want to see a list of song titles you can skip to the end of this post where I’ve listed them and linked directly to my playlist on Amazon Music. 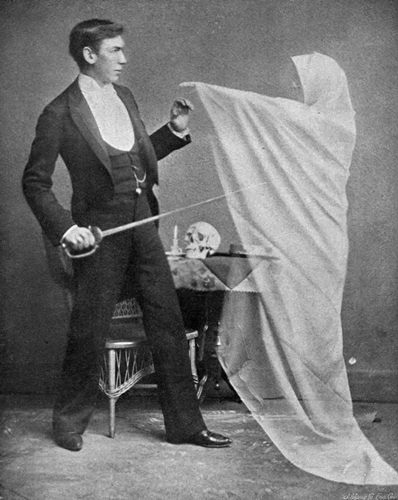 When we are HOME on Halloween we like to set up a table out front with adult beverages, hot cocoa, and non-sweet treats in addition to all the candy. For this, I like to play music that’s more background and leans towards that “spooky sounds” cassette tape we played out of a front window at my house growing up! Of course, this doesn’t have to be all instrumental but that whole *Organ playing at Dracula’s castle* is the vibe I’m going for. This year, I’ve added a little fast paced Tiesto (from the Hotel Transylvania 3 Soundtrack) because, well, I can. I But this post is really about the party music – with lyrics. No instrumentals.

For the indoor, get in-the-halloween-mood, dinner party, crowd pleasing playlist, I have a LOT of options to go through with you and I’ve got a pretty Pinterest-worthy graphic with the exact songs I have on my personalized playlist. I’ve also got a link to the playlist on Amazon Music in case you’ve got an Amazon Unlimited subscription! (Get a 30 Day trial!) My exact playlist is in a specific order. It starts slow and builds to a more danceable beat and then slows back down again. It runs for just under 2 hours at 1:52.

First up, is the FIRST song on my playlist and is the perfect thing to set the tone for All Hallow’s Eve. Seriously…if you’ve got a dinner party and your playlist is doing it’s thing in the background, hit the restart button when you all sit down to dinner so everyone can have the heebejeebees. It’s called The Unquiet Grave. There are many variations of this song because it’s an old folk song that dates back to the 1400’s. The version I’ve got is from the TV show Penny Dreadful because it’s a short snippet of what is truthfully a long song and some full versions are even a bit peppy (in tune, not content). The long-and-short of the story is: guy talks to dead lover – guy wants to join her in death because he misses her too much – girl tells guy, if you join me our hearts will simply decay so please go live your life.

The Penny Dreadful version by Abel Korzeniowski is basically the girl’s part of the folk song at the end, in a quiet and folksy whisper of a voice complete with lightning strikes in the background. This song would be an equally good choice to END the playlist.

While I’m at it, the whole Penny Dreadful Soundtrack is good for Halloween tunes if you like the spooky instrumental thing. The Unquiet Grave is really the only one with words and it’s short.

The second song on my playlist (which, again, is meant to be played in order but would be fine on *shuffle*) is The Devil & The Huntsman from the King Arthur soundtrack. It would work well as the intro song on the playlist too and I debated doing so. If you start here and put the whole thing on *repeat* then I guess it doesn’t really matter!

Ain’t No Grave from Johnny Cash is the next song on my playlist.

You can’t go wrong with Hurt from Johnny Cash either or there’s also a Nine Inch Nails version of Hurt. It’s twice as long, has explicit lyrics, and isn’t for everyone but it picks up tempo at a few different points and definitely fits the slasher movie type of vibe. Another heavy metal slow ballad is Disturbed’s version of The Sound of Silence  which isn’t as spooky sounding from any other artist or group. And did you know that Marilyn Manson recorded This Is Halloween from The Nightmare Before Christmas? The OG version is great too but I took it to the next level with the MM version.

A more classic Halloween song is Sympathy for the Devil, a story from the Devil’s perspective about some the world’s most awful and violent acts. This song (by the Rolling Stones) is one that fits in with Halloween more for it’s lyrics and meaning than it’s tempo but a playlist can’t be all depressing slow music if it’s for a party, right? There are many recordings of this song like the Motörhead and Guns n’ Roses versions, but I like the tempo of Jane’s Addiction from the Son’s of Anarchy album. The song The Devil Wears a Suit and Tie is not nearly as popular but has a similar sound and would make a great addition to your playlist if you like this sort of beat and the same type of story-telling song. I love a raspy voice in an artist and Colter Wall has a good one!

Speaking of slower-paced, Lana Del Ray has a song called Ultraviolence that is quite slow (and quite sad). It’s a beautiful song but the lyrics are quite dark – they almost make me feel uncomfortable! A woman who is addicted to the violence put upon her? Haunting, but appropriate for Halloween. (It’s not on my personal playlist.) A recent find that is slow, creepy tone, is all about the demons and the devil, and IS on my playlist is Devil’s Playground from The Rigs. I’m LOVING this one for Halloween and it definitely made the cut for my personal playlist.

Also slow but more playful is I Put a Spell on You. This one is featured in everyone’s* favorite Halloween movie Hocus Pocus and is probably on most of the internet’s Halloween playlists but this year I’m using the Annie Lennox version. It’s less Halloweeny but has a bit of a bluesy vibe to it which I lean towards for a more intimate dinner gathering. 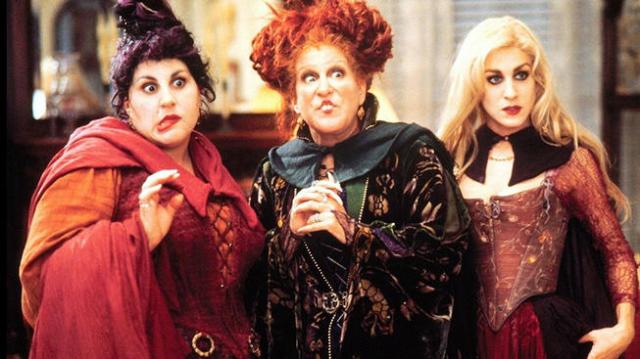 Another sort of jazzy song but that picks up the tempo a bit is an old favorite of mine from Esthero called Wikked Lil’ Grrrls (Wicked Little Girls). I discovered this song from SATC (if you don’t know, look it up) and it has NOTHING to do with Halloween other than having the word “wicked” in it. But, that’s a qualifier and I like the song. Similarly, I added a Taylor Swift song to my mix using the same qualifications. The song is from her latest album and has been on a bit of a repeat for me lately – it’s I Did Something Bad and you can analyze the lyrics all you want, but I think it loosely translates to a Halloween theme enough to make the cut. It’s also super catchy and peppy enough for a party.

Also peppy and a good dance vibe is a Justin Timberlake song, True Blood. It. Is. LONG. Nine and a half minutes. It’s not a favorite JT song of mine, but it is perfect for Halloween.

Some other songs that I haven’t heard much (or at all in some cases) before but have great beats are Devil, Devil by Milck; Blood // Water by Grandson; Raise Hell by Dorothy; Dancin’ With The Devil by Lindsay Perry; and Dracula by Bea Miller.

I have never seen an episode of HBO’s True Blood. (Don’t Hate.) But it’s about vampires and has some pretty great music. There are tons of songs from the show that would be awesome but I narrowed it down to a few favorites. The more popular of the bunch is Bad Things by Jace Everett. It works with the theme but is definitely more about romantic bad things than scary bad things. Me and The Devil by Gil Scott-Heron has a jazzy voice mixed with a more modern track and is all about headed hell (to majorly paraphrase). And When I Die by The Heavy is about what it might be like after you die and if there’s a Heaven or Hell. It’s worth mentioning that there are a few songs from The Heavy (not from the show) that are worth checking out for Halloween.

If you’re sticking to “traditional” Halloween songs (that seems like a bit of an oxymoron to me?) then the top of the list is Michael Jackson’s Thriller. duh. To be completely honest, I get annoyed during all the non-song parts of it unless I’m watching the music video. But the song is quintessential Halloween, everyone knows it kids and adults alike. It always makes the list. I wanted to take a second to give a shoutout to the SCREAM album though. It was released after MJ’s death, but is a compilation of  any and every Jackson family song related to anything mildly scary. It’s named after the MJ and Janet duo titled Scream. It’s PERFECT for Halloween if you are a Michael Jackson fan. Aside from Thriller I only picked one other MJ song for my playlist, Threatened. It’s on the SCREAM album too.

Other go-to “traditional” Halloween songs that are mostly self explanatory include (but are certainly not limited to): She’s a Zombie Now by Meteors; People Are Strange by The Doors; Black Magic Woman by Santana; Shout at The Devil by Mötley Crüe; Witchy Woman by The Eagles; Devil Went Down to Georgia by Charlie Daniels; Ghost Town by The Specials; Witchcraft by Frank Sinatra; Maneater by Hall and Oates; Runin’ With The Devil by Van Halen; Devil in Disguise by Elvis Presley; The Devil’s Rejects by Rob Zombie; Spirit In The Sky by Norman Greenbaum.

And if you just want a list of *all* the possibilities, in (mostly) alphabetical order, here you go:

Listen to my Amazon Music Playlist here.  If you don’t have Amazon Unlimited Music, you can use this link to get a FREE 30 day trial! You can still listen to most of the songs without a subscription but some of them might be hidden. I started my subscription over the Summer and it’s been awesome because I can listen to any song I want on demand and build some pretty killer playlists. Otherwise, feel free to use this list to purchase songs individually and build your own playlist! Hope you enjoy and if you have any songs to add, leave a note in the comments below!!

In order to bring you content free-of-charge I sometimes use affiliate links in my blog posts. I receive a small commission from these links when products are viewed or purchased. Let me assure you that this commission does not affect the products I select in any way and not all links are affiliate links. I hope that you find the products I write about to be of interest to you!